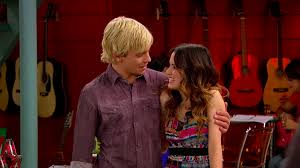 This wiki is dedicated to Disney Channel's Austin & Ally! and the pairing Auslly. The Auslly wiki needs your help! New editors please visit Community portal for information about editing or if you have any questions. On this wiki anyone can edit!

Ally Dawson is a 15-year old aspiring singer-songwriter with an extreme case of stage fright. She wrote the hit song that Austin performed in Rockers and Writers and got him famous. She helps him with his new-found fame. She is best friends with Trish who is Austin's manager.

Fashion Shows & First Impressions is scheduled to air on June 9th, 2014. It will be the 11th episode in season 3 of Austin & Ally.

Poll of the Month

Ross Lynch (born December 29, 1995) is an American actor, dancer, and musician. Lynch was also in a band (before he joined Austin & Ally), along with his four siblings, named R5 and is still in the band.

Other Wikis That You Should Check Out

To write a new article, just enter the title in the box below. <createbox> width=24 break=no buttonlabel=Create new article </createbox>

The userboxes are coming soon, so look out!

Flyna4eva is this month's featured user. She is the founder of this wiki.